Researchers reaching for the stars to cure presbyopia 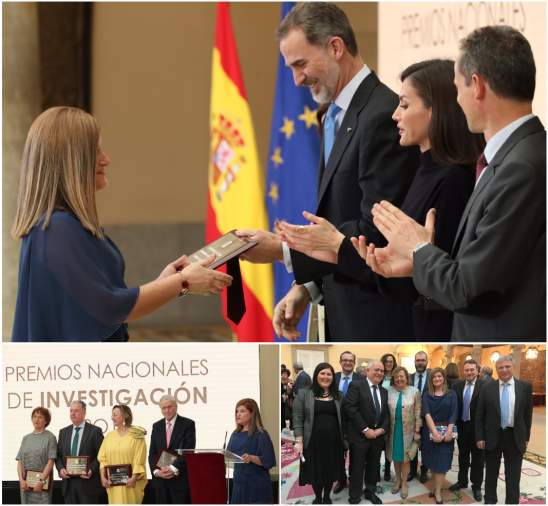 Susana Marcos Celestino was honored by receiving the award “Leonardo Torres Quevedo” National Engineering Prize for her “pioneering contributions to optical and photonic engineering, and to the industrial development of diagnostic and correction instruments in ophthalmology, which have benefited thousands of patients.”

National Research Awards Ceremony took place at the Royal Palace in Madrid on February 17 in an event presided by their Majesties King Felipe and Queen Letizia and the Minister of Science and Innovation, Pedro Duque.

The Awards represent the most important recognition of Spain in the field of scientific research. The objective of the National Research Awards is to distinguish the merit of those researchers of Spanish nationality who are carrying out outstanding work in scientific fields of international relevance and who contribute exceptionally to the advancement of science, to the better knowledge of the human being, to the transfer of technology and to the progress of Humanity.

39th Congress of the ESCRS

Director of Business Development at 2EyesVision, Álvaro Sánchez-Lozano, talks about the SimVis Gekko and his experience as an entrepreneur